It's Not Paranoia When They're Actually Out To Get You

I am delighted to declare tonight Game Night. We’re going to play two games. The first I like to call “Spot the car.” It’s very simple. Just take a look at the picture below (taken outside our apartment building today) and let me know where the car is. I’ll give you a hint. It’s not on the construction site in the background. 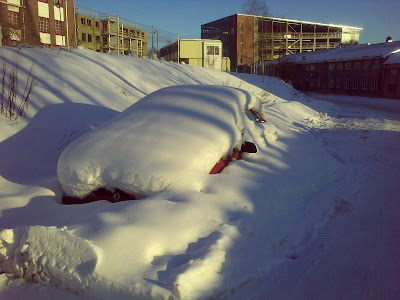 The second game it just as easy. First, take a look at the pictures below. 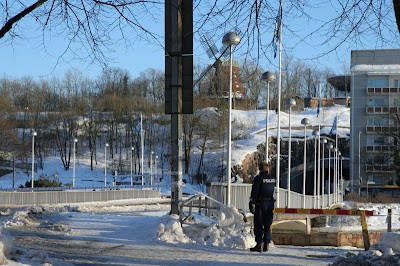 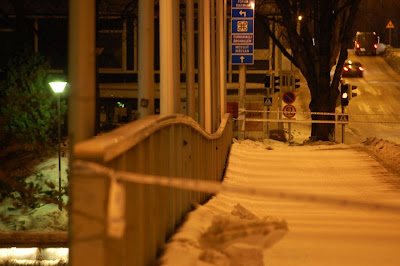 It’s a bridge in my town and it’s in frequent use. By me, for example. This morning it started to sag a little. Like a woman’s bosom, the years took their toll and at the ripe age of 40, the bridge is now sagging like grandma Betsy’s ass. It’s now 3 feet lower at the middle than it was yesterday and experts say that it might crash down into the river at any moment. The game is called “When will the bridge drop?” Give it your best shot.

Now, I feel like I should tell you that I don’t like things that can go “boom”. I’m worried my car will catch on fire while I’m driving it. But I do drive it, because if I don’t the car won and I won’t have that. I’m not particularly fond of flying, either, but I’ll do it if that’s what it takes to get me to Rome. Or USA. Actually, as long as it takes me out of Finland, I’ll pretty much get on a plane and just pray that it’s a no-boom day. I also have a tendency to step on the gas whenever I get to a bridge while I’m driving. That way when the bridge breaks and crashes down into the water, I’ll have enough momentum to carry me across to the other side, unharmed.

Cars burning in the middle of the road while I’m driving past, or bridges collapsing into the river, do absolutely nothing to help my phobias. I considered taking the bus, but then I watched the news and a bus had lost both back wheels while on the highway, so that was out of the question too. Soon I’ll have to start walking to get to places. Yuck. *

It's Not Paranoia When They're Actually Out To Get You