I knew the big day was drawing close when the gifts started arriving. On Monday there was a wooden box. By far the weirdest wooden box I have ever laid eyes on. It looked vaguely Asian, or maybe just Alien, and it was incredibly well made. An amazing show of craftsmanship, and I oohed and aahed over it for a long time. And when I opened the lid I found toys inside. A monkey on a horse, a purrfect cat, another back-flipping monkey. It was like Christmas and amidst all the wedding stress, I smiled and thought maybe it’s worth it after all. The letter revealed that the wonderful gifts had been sent by none other than Michael, the world's foremost small-box-maker. His artistic creations are treasured all around the globe, and now, I have my very own Michael, the Gucci of small boxes, sitting on my shelf. It’s okay to be jealous now. 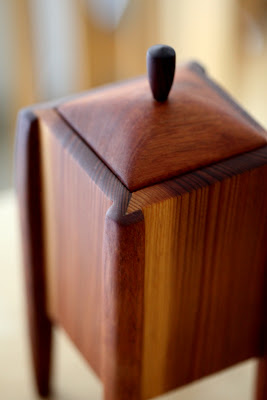 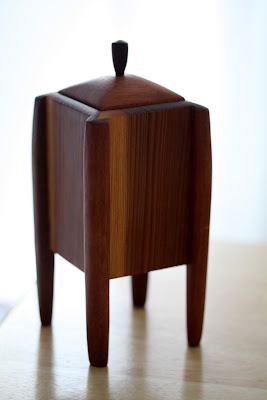 Then came Wednesday, and with it, the most incredible gift basket I have ever laid eyes on. It weighed about as much as a small horse. Not the really small, mini-horses, those are too small, hardly weigh anything at all. I’m thinking more in the lines of a Shetland pony. That’s how much it weighed. It was full to the brim of wine and fruit, and in the middle, a card. A card addressed to me. Nicky, the gift basket goddess of Even More Canada, had sent me awkward bananas and was wishing me all the best for my wedding day. She also, to my great relief, assured me that she would be waiting, that she would still have me if I changed my mind. 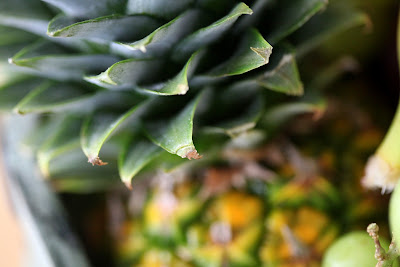 That said, I did get married. I am now Mrs. M. It was a perfect day, from start to finish. Words can’t describe how happy I was. I don’t yet have the photos that the photographer took, but some kind soul had taken a few photos with my camera, so I at least have something to show you. But for now, this is all you’re getting. Tomorrow M and I are getting on a plane and spending a week in beautiful Turkey. See you later, people! 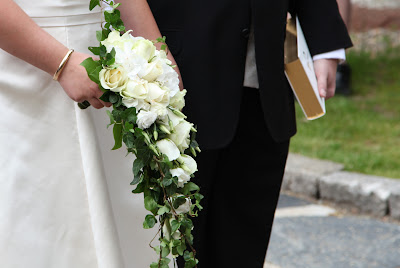 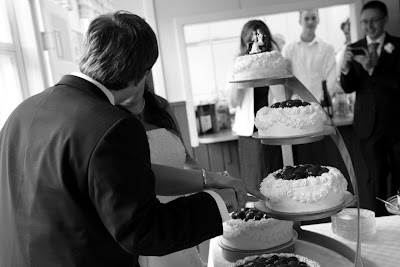 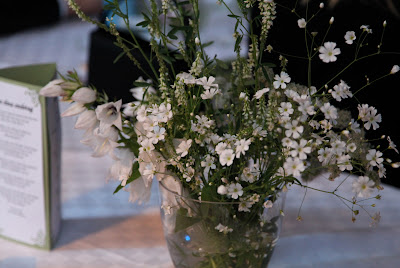