I received an email yesterday. It was from MikeWJ, asking me if I’m dead. The question took me by surprise as I hadn’t even entertained the notion of actually being alive. I took stock of myself, and it turns out I’m not dead at all. How do I know this? M told me so. Personally, I’m still not sure.

The other day all the dangly little bits at the back of my mouth suddenly realized that they were subject to the laws of physics, and as such they were pulled downwards by a little thing called gravity while at the same time being affected by a little thing I like to call the common cold. The common cold is a nasty little bug that gets you when you least expect it. It turned all the dangly little bits into huge dangly bits, that immediately lost all their dangly properties and instead adopted a nasty habit of just resting quite uncomfortably on the back of my tongue, getting in the way of everything I try to eat or drink and making me talk like I’m a great fan of storing a whole hot potato in my mouth for later use. Which I’m not. I support immediate use of whole hot potatoes. At the same time, the nasty little bug called the common cold planted a mucus factory in my sinuses, and went to work producing impressive amounts of snot, most of which I expel through my nose into what I can only assume is a small rainforest worth of tissues.

At the moment my brain is tired of working, so in lieu of intelligent text, I’ll serve you up some pictures, like a good blogger should. 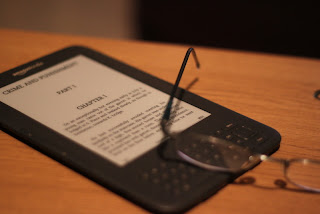 My beautiful Kindle, which has kept me company while the nasty little bug has been trying to turn my body into mush (it’s a technical term.) 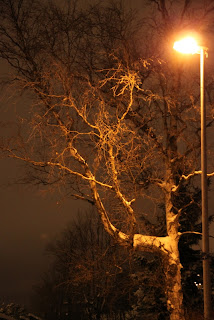 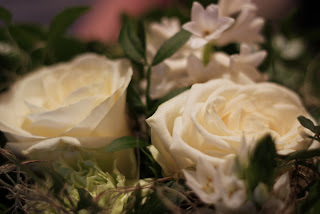 These are “roses” that M gave me. 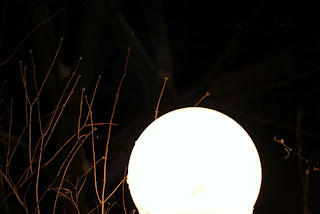 This is me trying to be artsy. Apparently a fancy camera doesn’t come with free skills. 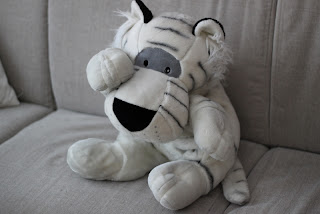 This is Tiger, he keeps me company when I’m too tired to read. He’s way better at it than M.
*

Yesterday marked the official start of Turku’s year as European Capital of Culture. This means that for the entire year people from all over the world will flock to my city in search of some grade A Finnish culture. They will be expecting art, music, theatre, beauty and friendly locals. Allow me to roll around on the floor in a very undignified manner and laugh my ass off. I’ve filed this little conversation under “Shit M Says.” It’s an IM conversation between M and myself. M was on his way to San Francisco at the time and was at the airport in Helsinki, apparently spying on Americans.

M says (12:52):
That might work. They should at least have some sort of control over it when people are flying to Finland.

M says (12:53):
They could be standing at check-in and ask all sorts of tricky questions and make sure that people know that it’s strictly forbidden to talk to strangers while you’re in Finland.

Ziva says (12:53):
Well we definitely need it. It’s not like we could let a bunch of people into Finland that actually have some social skills. Everything our society is built upon would be ruined.


That said, if you don’t mind unfriendly locals, 2011 is definitely the time to come visit me here in Turku. Yesterday’s opening ceremony was very artsy, and I’m sure we’ll be able to conjure up some perfectly decent culture for you if you come. Take my brother, for example, he’s 14 and for Christmas he got his first guitar. In three weeks, he’s not only managed to teach himself how to play the thing, now he’s also composing original songs.

How’s that for culture.

Still not convinced Turku is the place to be in 2011? No problem. Just wait until 2012 and attend my wedding instead, I hear it’s going to be quite the party. *

Yep, that’s right. M and I are getting married. Not today or tomorrow, and maybe not even next week, but it’s not entirely unlikely that it might possibly maybe happen next year. Or the year after that. We spent New Year’s Eve at a seaside Spa Hotel, enjoying the pool and sauna and each other’s company. As the fireworks signalled midnight, M went down on one knee and I started the new year by promising to love him forever. Not a bad start to 2011, if I do say so myself. And then as we watched and listened to the fireworks, M showed his romantic side and succumbed to an occupational hazard.

M: The picture and the audio are out of sync.
Z: Must be a faulty wire somewhere. 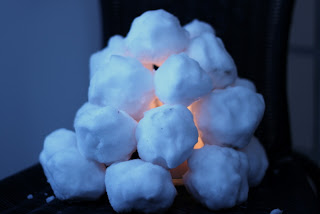 Definitely not fluffy or soft, but I made it myself so you better have something nice to say about it.
Let me tell you, there is nothing white about snow unless you live in the country and travel by horse drawn sled, in which case the snow will still probably be more yellow than white. Anywhere else it’s brown or grey and looks a little like huge piles of you-know-what. And there is nothing fluffy and soft about snow. Try driving your car through snow that has melted once and frozen again. It’s like driving your car through rocks, shaped like fluffy snow. And let me tell you, it’s never fun to drive through rocks shaped like fluffy snow, because while they might look all nice and fluffy, they still have most of the original undesirable attributes of the rocks that look like actual rocks, like, for instance, the ability to scratch away paint from the surface of your car with little or no effort. And it just won’t stop coming down. Wherever I look there’s another cloud ready to puke its fluffy white guts out on Turku.

Don’t get me wrong, I like the general idea of snow, in theory. But I can’t help but notice that it seems like the execution generally leaves a bit to be desired. Snow really shouldn’t reside in the streets, for example. Likewise, rooftops are bad places for snow, because it will inevitably fall down and kill someone.

That’s right, snow kills. Think of that next time you whine about wanting a white Christmas. *

Today I have a very important announcement to make, but first a little side note for those of you who are interested in what kind of camera M and I bought. We parted with a whole bunch of money and received a Canon EOS 500D (called EOS Rebel T1i in North America) in return. We also got an 18-135 mm lens and a 50 mm f/1.8 II lens.

Ever since that undetermined date in December of 2008 when M and I became a couple, I have longed to hear those four magic words. With bated breath I have awaited the most important question of all, and longed for M to get down on one knee, take my hand into his, look deep into my eyes and pose the million dollar question:

Yes, that is correct, M and I are thinking about being pet owners. We’re (probably) going to take my grandma’s old fish tank and are currently fighting over what kind of fish to put in it. I want only black fish, but M seems to think the orange and blue ones are pretty too. I’ll get my black fish, though, I know M secretly has a little Emo tucked away inside him.

In all fairness, this massive commitment didn’t just happen over night. Our road to pet ownership started ages ago. I knew M wasn’t a pet person, so I knew it would take a lot to get him to agree to anything at all. I started big. I told M I wanted a Leonberger. 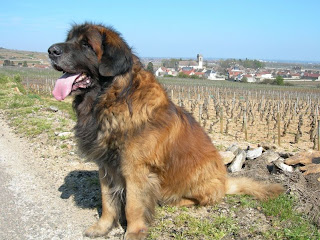 After much nagging from my part, we eventually agreed that I could get one of these if and when we move to a bigger home. Then I told M I wanted a cat while I waited for the Leonberger to happen. 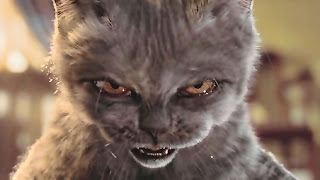 After much nagging from my part, M eventually said that he might be okay with a cat, as long as it wasn’t evil. Total deal breaker for me, of course. Then my grandma offered us her old fish tank, and after much nagging from my part, M finally agreed to give it a try. Now we just have to agree on what to put in it. The way we’re headed I wouldn’t be surprised if we ended up with a frog, or a turtle, or a kangaroo, instead of fish.

Oh, I almost forgot; we also got engaged. 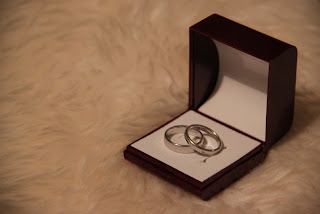