Day 23 of 30 Days of Photographs III. One more week to go. It might as well be ten more weeks. this thing is never going to end. If anyone's got any ideas for Kafkaesque, I am now paying for them with prime Finnish money. And a British 20p.

Add your link at the bottom of the page.

Today's photo might take a little explaining. See, this is Zelma. Zelma and I are sharks. Sharks live in the water.

Well, that was simple. Didn't take nearly as much explaining as I thought it would. 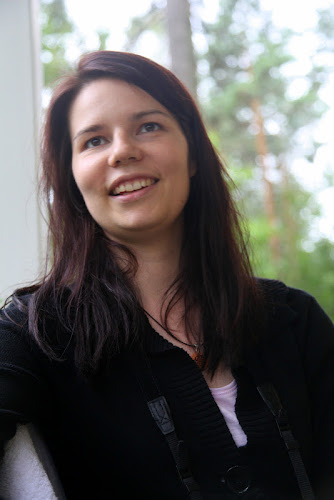 Zelma and I became sharks a long time ago, by black magic or a roll of the dice or a silly quiz online. No one knows anymore. It's not important. What is important is that Zelma and I are magnets for disaster. Also, for men. But most of all, for disastrous men.

Let's see, there was the old man who hid from his mother.

There was the guy in the reindeer sweater who wasn't entirely sure where he lived.

There was the freak who followed Zelma everywhere she went.

There was the eccentric Croatian troubadour with a taste for rabbit burgers.

There was the guy who met us, left us, came back a few hours later to ask if there was any way, any way at all, that he could possibly see us again? Please?

There was the corpse.

There was the captain who wouldn't take no for an answer, threatened to hunt us down and go crazy on us. Because he had connections.

There was the young military boy with the puppy dog eyes and his tail between his legs when we dismissed him.

There was the guy who started to stalk me after ten years of silence.

I could go on, but I’m already at 250 words, and I wouldn’t want to anger the powers that be. Suffice it to say that Zelma and I've caught some pretty weird fish in our time.