But most importantly, black is the color of my favorite kind of candy; ammonium chloride, the Finnish way. Salmiakki is black as the night, saltier than the Dead Sea and a candy only the most daring of connoisseurs would put in their mouth. I could live only on salmiakki, but I’m Finnish, it’s in my DNA. I’ve tried offering it to Americans, but they spit it out and thought I was joking when I told them it’s edible. If any of you feel like you’re up for the challenge of tasting it though, I’ll be happy to send you some. 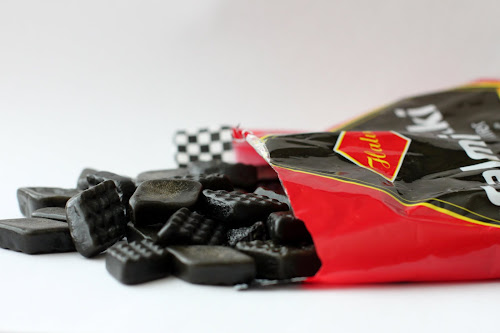