Day 23. Tolstoy. Needless to say, it was MikeWJ's idea.


I don't particularly care for Russia. There's nothing wrong with Russians, they're nice people, if a bit brusque at times, and I admire their ability to drink vodka and chase it with more vodka all night long. But I don't particularly care for the way the Soviet Union first owned Finland for the better part of the 19th century, then tried to take over again during WWII, and when that didn't work, instead forced Finland into armed conflict with Nazi Germany.

It leaves a mark, history.

So instead I'm posting a photo of something that's not only relevant, but also close to my heart.

I know what you're thinking. A cat? Really??

Plus, I know I can't outdo MikeWJ today, so I'm not even going to try. 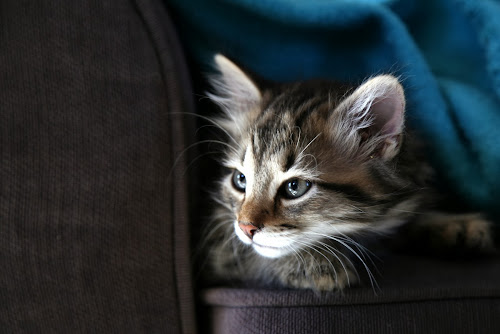 "Sonya was a slender little brunette with a tender look in her eyes which
were veiled by long lashes, thick black plaits coiling twice round her head,
and a tawny tint in her complexion and especially in the color of her slender
but graceful and muscular arms and neck. By the grace of her movements,
by the softness and flexibility of her small limbs, and by a certain coyness and
reserve of manner, she reminded one of a pretty, half-grown kitten which
promises to become a beautiful little cat."

Labels: 23 is a good number, 30 Days of Photographs IV, at least it's a really good photo of a cat, cats, kitten, Leo Tolstoy, War and Peace