Today I was going to write about US President Obama and Russian President Medvedev, signing the historic nuclear weapons treaty. I was also going to rename the blog “Everything You Ever Needed To Know About Russia”.

The treaty obligates the countries to reduce the number of warheads to only 1,550 each. That’s not even enough to annihilate the continent of Africa. I feel so much safer now. But that's all I'm going to write about Russia today. Because notice how I said I was going to write about the treaty? Yeah, that’s because this morning I woke up with a sore throat. I went to work, and came home 8 hours later with a sore throat, a sore body, a fever, a headache, and feeling like my clothes were made out of extra coarse sandpaper.

With that in mind, and head full of cotton, I went in search of something easier to write about. And it so happens that, a few days ago, the not-so-geeky-at-all Reforming Geek over at Confessions of a Reforming Geek, tagged everyone who were lucky enough to be reading her excellent blog with a little photo meme. The instructions said to pick the tenth photo in your first photo folder and post it.

My first photo folder happens to be named “Animals”.

Yes, I’m going to become that person who posts pictures of their pets on their blog. Don’t worry, though, I won’t make it a habit. I’ll be back to posting pictures of growing grass and collapsing bridges in no time. But while we’re waiting for my brain to grow back and the shivering to stop, let’s look at some pictures.

The tenth photo in my animal folder is this picture of Maja. 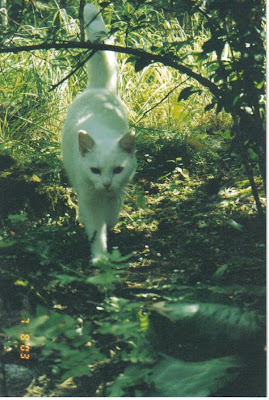 Maja is a wildcat that my sister and I saved from the evil claws of nature when she was just a little kitten. This is her in her natural element. You can’t really tell in the picture, but she’s about to attack me. Evil little thing. 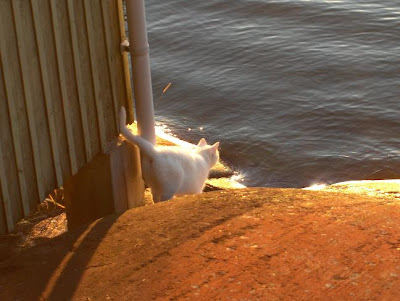 The above picture, I took at my parents’ summer place during that sunny day in 2008. She likes water. She also likes to sit in the sink while the water is running. She’s weird like that. And while I was still living at home, Maja used to scare the crap out of me. She’d hide inside my closet and jump out when I opened the door. Freaking hilarious, Maja.

Now, you can’t have a girl cat without a boy cat to keep her company. Meet Alfons. 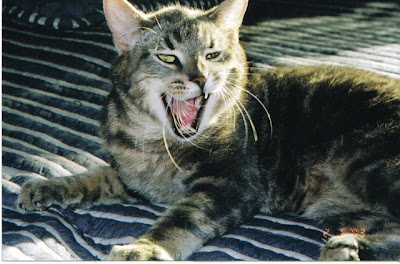 Alfons looks real ferocious, doesn’t he? Yeah, he’s not. He’s yawning. He’s the biggest coward ever. He can’t even catch his own birds, Maja does it for him. Lazy fucker. 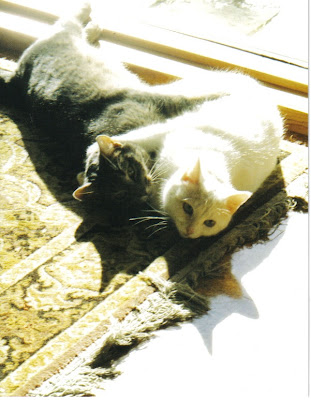 Two lazy fuckers.
Obviously, you can’t have two lazy ass cats and no dog. This is Mimmi and I. Mimmi is the St. Bernard, I’m the girl. I was younger then. 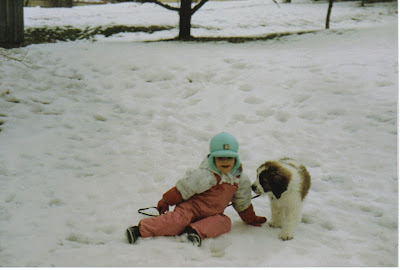 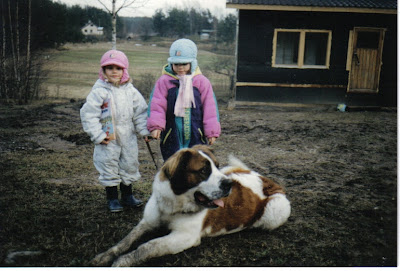 Mimmi, Muschu and I. One month later.

The last picture of the bunch is another photograph I took at our summer place. Every year we’ll have a couple of these ducks swim up to our sauna and come say hello. Usually they’re friendly. As long as you don’t go too close, of course. Or look at them, in which case they will attack and poke your eyes out. 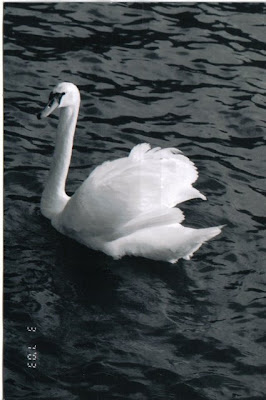 Three seconds later, the flamingo realized I was looking at it. Last time I ever used that camera.
*