2 years ago, a man in Sweden stole 82 metric tons of railroad tracks, valued at 154.000 Swedish kronor. That’s about 5 dollars. He was later convicted of grand larceny and sentenced to 4 months in prison. The court held that there clearly had been intent to steal the railroad tracks, as the theft had demanded "extensive organizing and planning." I’d say. I couldn’t steal 82 tons of steel even on a good day. This guy had some real talent.

Up until now, no one really knew why he stole all that railroad track. It’s commonly known that Swedes do weird stuff, like eating 27-year old meat, so stealing 82 tons of railroad track was just explained with "he’s Swedish." Actually, if you ever see someone doing something really stupid, chances are he’s Swedish.

I wonder if all Swedes are high. That would explain a lot.

I’ve digressed. What I was saying was that no one could figure out what this guy needed the railroad tracks for. Until now. During the last few days, it’s become painfully obvious. He’s the new Nostradamus. 2 years ago, he foresaw not only the economic crisis, but also the subsequent Icelandic revenge. He knew that we wouldn’t be able to fly anywhere, and he did what anyone with half a brain would have done. He stole his very own railroad track. He can go wherever he wants! I bet wish you had your own set of railroad tracks now, don’t you? There’s nothing stopping him now.

Except water. That’s going to be a problem. 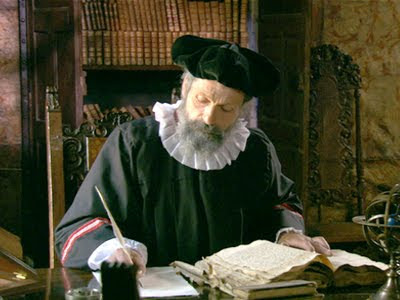 Nostradamus never had any problems with water.
*