I’m hot. I’m so hot my face is melting off and my skin is trying to shrivel into my body to get away from the heat. Yes, we are experiencing our first ever heat wave. Yesterday I took a walk through the Sahara desert, and then took a sauna to cool down. Today I’m contemplating sleeping with my head in the oven. Look how great it turned out for Sylvia Plath. Today we hit an all time record, probably both in temperatures and in suicides. And I have big plans on frying my breakfast egg on the asphalt tomorrow.

Actually, I’m loving it. It’s not every summer that we actually get to strip down to only 3 layers of clothes, so it feels amazing. And I had no idea I tanned! I have these tan lines on my shoulders from the halter neck top I was wearing the other day, then I have this other set of tan lines from the spaghetti strap top I was wearing yesterday, and this third set of tan lines from my bikini. I look like a zebra, but without the big ears.

My little brother turned 14 in March, and instead of giving him a toy car like we’ve been doing ever year so far, Muschu and I ignored his pleas for birthday beer and told him we would take him to Ruisrock this summer. Ruisrock is one of Europe’s oldest rock festivals, held on an island in Turku every July. Lots of big bands have played over the years, and about 70.000 people attend the festival each year. It’s a big deal, kinda like sauna and table fans.

The festival took place last weekend, and we had a blast. We saw Rise Against while standing ankle-deep in the water. We sat in the shade of a tree and listened to Poets of the Fall. We danced on the beach to the Baseballs. We considered joining the huge mosh pit in the field while NOFX played, but then realized we wanted to be alive to see Ozzy. We had an exquisite dinner of fried chicken while Billy Talent was playing on the beach and we played sing-a-long to the Sounds. And we only lost the 14-year old boy 17 times. I’d say it was a hit.

I have to say, the amount of garbage and litter 30.000 people in one meadow creates is astonishing. While Muschu and I were walking across the grass to get to the fabulous and sanitary port-a-potties, we played hot lava and she shouted “the grass is lava!” and we tried to walk only on the garbage on the ground. But it was way too easy so instead I shouted “the garbage is lava” and Muschu almost broke her leg trying to find some grass. 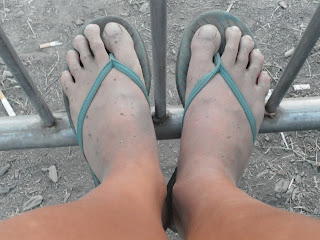 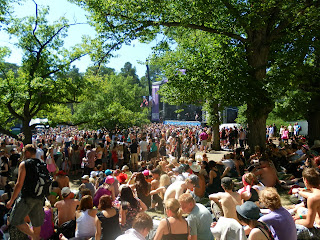 Poets of the Fall. They’re a Finnish band, that’s why you’ve never heard of them. 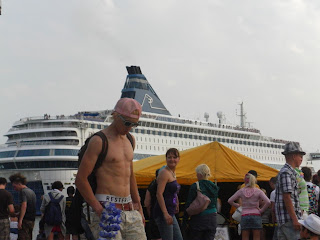 The festival was right at the beach where the big boats drive by. If you wanted you could totally hitch a ride to Sweden. 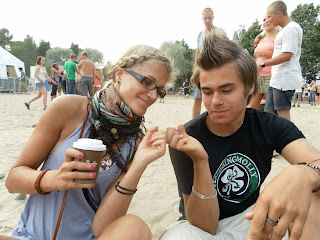 My brother and my sister and the super secret über cool hand shake thingy. 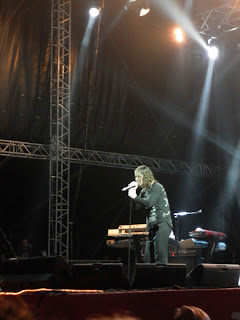 Ozzy Osbourne. Sadly, Muschu didn’t catch him as he mooned the crowd. 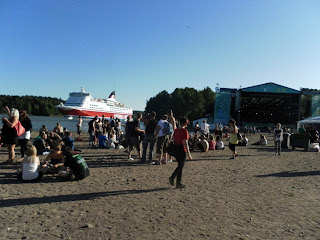 This is what the beach looked like before Billy Talent got on when about 10.000 more people flocked to this one tiny beach. 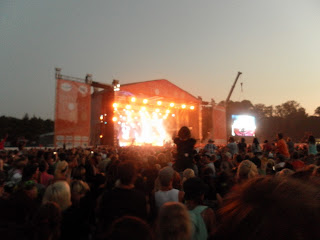 The Sounds. They’re from Sweden. You’ve probably heard of them. 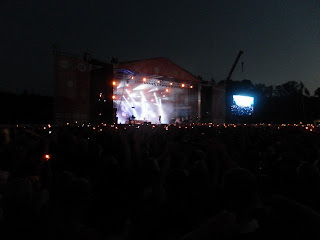 “Please take your lighters and burn the hair of the person in front of you!” 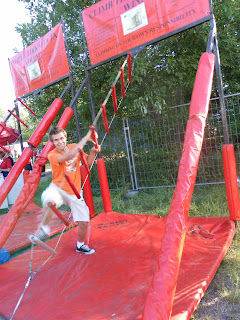 We really should have taught little brother how to climb a ladder. He sucked at it. 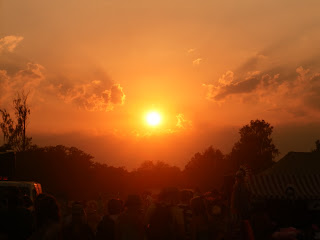 You can really see the dust when the sun is setting. Kinda explains why Muschu’s feet looked like they went to Woodstock.
*