Pole Dancing Is What Frogs Do Best

You guys are so good. Almost everyone got almost every post-it picture right! Or at least somewhere in the vicinity of right’s general direction. I’m so proud of you. The correct answer was:

#1 Johnny Depp as Captain Jack Sparrow (I’d do him.)
#2 Marilyn Monroe (Or Anna Nicole Smith if you’re into that kind of thing.)
#3 Robert Pattinson as Edward The Sparkling Vampire (Or James Dean if you’re older than 16.)
#4 M

Midsummer is over and while I’m happy everyone survived, I have just that much more emotional baggage to carry around after seeing my dad jump into the sea naked. We had a great time, though. There was lots of wonderful food, the Americans didn’t think we were entirely crazy (although they did look very stunned when they realized the frog dance wasn’t a joke), and the sunset was beautiful. I’m a little tired and have to get up for work way too early tomorrow, so instead of telling you about the evening I’ll just show you the most important parts. 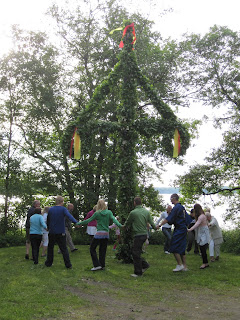 The tall green skinny thing in the middle is the pole and the people holding hands are dancing around it. Ignore the guy in the kimono, he’s our neighbor and his elevator doesn’t go all the way up.

Then, the frog dance: 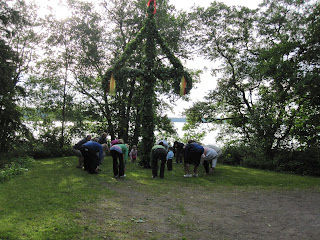 I have no comment, I’m just happy I’m not in the picture.

Next, I’ll impress you with our big fancy boat: 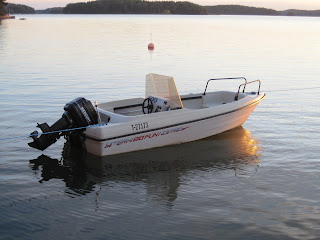 And now, let’s compare our boat to the neighbor’s: 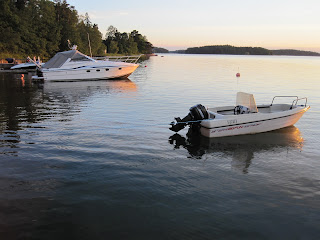 Theirs doesn’t just float. It can also house a big Mexican family while communicating with Mars and negotiating world peace.

Then we all took a sauna, first the guys, then the girls. This here is when the guys decided that a swim sounded like a good idea. It was 11 pm and the sun was just setting. 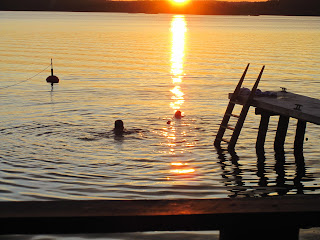 Later my mom and our female guests also wanted to take a swim, but luckily, my self-preservation kicked in and I kindly declined a swim amongst the blocks of ice still floating around. Hypothermia is not my friend.

But the sunset was actually not half bad once the naked people were out of the water: 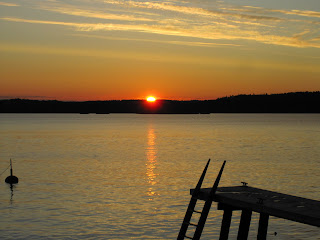 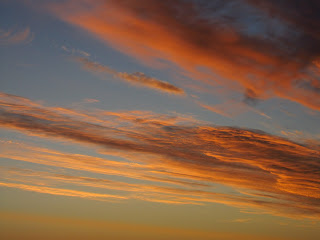 Pole Dancing Is What Frogs Do Best