So, who do you go to for quality drugs?

Lately I’ve been suffering a toothache. I’ve contemplated pulling every last tooth from my mouth and replacing them with something less fragile. Like itty bitty pieces of titanium. Covered in diamonds. And steel. Jaws is my new idol. 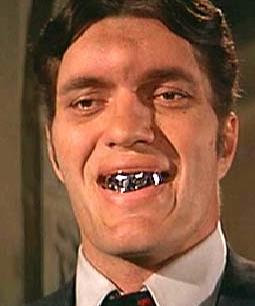 When I haven’t been lying in the fetal position on the floor, whimpering in pain, M and I have been playing the New Super Mario Bros Wii game. And we have finally, after hours of blood, sweat and tears (and a new TV after a slight misunderstanding over where the Wii remote needs to be and at which speed it needs to get there), found every single star coin. Those of you who have never played the New Super Mario Bros Wii game (don’t you just love that name?), probably won’t understand the magnitude of that statement, but trust me. This is bigger than the wheel. And penicillin. I’m just saying, if the New Super Mario Bros Wii game had existed back in -69 we would never have landed on the moon. And if we actually had landed on the moon, people would have been too busy hunting down that last star coin in 9-3 to give a damn.

Tomorrow M, Muschu, Muschu’s boyfriend, my brother and I are going bowling. I’ve done it once before and I think I managed to get the ball all the way down to the pins once. It rolled down there, said hi to the pins, and rolled right past them to slide into the gutter again. I think the elusive strike is a myth. Like tax returns and women’s rights. But it’s a lovely sport. Very rewarding. And with any luck I’ll catch a bowling ball in the face and won’t have to pull out my teeth myself.

I’m starting to gain back some feeling in my mouth so I better go find some pills. Preferably many and strong and labelled “Morphine”. Too bad morphine doesn’t come in tablet form. But at least I have my star coins. *

So, who do you go to for quality drugs?