Chuck Norris can Sneeze with His Eyes Open

Today U.S. President Barack Obama received the Nobel Peace Prize. Those of you who know me well, know that I study international law and human rights and such nonsense and am kind of a pro peace, con death and destruction person in general. But this made me confused. At first I thought they had given him the Cool Black Dude Prize, and that made perfect sense, then I thought they’d given him the Most Likely to Succeed Prize, and that made perfect sense too, but alas, then I realized that they’d awarded him the Nobel Peace Prize and that didn’t make any sense whatsoever.

They awarded him the prize for “for his extraordinary efforts to strengthen international diplomacy and cooperation between peoples.” Sounds good, yes?

To my knowledge so far he’s done a lot of talking, made a lot of promises, almost managed to close Guantanamo Bay, killed a fly in a pretty neat manner, and done some more talking. He has NOT, however, closed Guantanamo Bay, he has not put an end to the two wars the USA is highly involved in in Afghanistan and in Iraq, he has not negotiated peace in the Occupied Territories and has not cured cancer. Now, I’d get the Committee's choice if he HAD in fact negotiated peace in the Occupied Territories or cured cancer, but as it is now, he had only been the US President for 2 weeks when he was nominated for the prize and at that time he hadn’t even killed the fly.

Don’t get me wrong, I definitely think Barack Obama was a great choice for the title of Leader of the Free World, ahem, I mean President of the United States of America. God knows he was a better choice than McCain, who grew up with T-Rex and would have left the throne to Soccer Mom when he died of old age. And I definitely think that one day, in a few years; Obama would have earned that prize through action, not through rhetorics. I’m sad to say that I think the Committee got this one wrong.

I mean last year the prize went to someone who one day said “I’m done with being the President of this peaceful and boring country, I think Kosovo needs peace.” And then he went out and got Kosovo peace. Not to mention that he helped Namibia secure its independence years before he became the President of the boring, peaceful country. He’s the Chuck Norris of peace, if you will. When he enters a country, the insurgents run for cover and maybe even cry a little. When Barack Obama enters a country, the insurgents mostly want to catch a glance of him to see if he really is as tanned as Berlusconi seems to think.

And frankly, does the country that got football so horribly wrong really need more Nobel Prize winners? 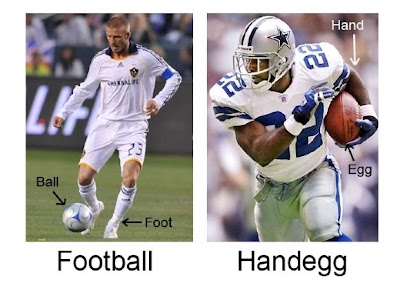 Sorry about the foray into political issues, now back to your regularly scheduled blogging. *

Chuck Norris can Sneeze with His Eyes Open