30 Days of Photographs II: The Outtakes

This challenge is like the killer in a horror movie, just when you thought it was finally over, it comes back to life to haunt you some more. I took hundreds, even thousands of photos since March, but you only got to see thirty of them. I know you must be devastated about that, so today I'm going to be posting some the photos that didn't make the cut the first time around.

The first three photos are all photos I considered for Day 1, Silence, at one point or the other. The car all alone on that hill, the graveyard with the fresh coat of snow, and the table at the restaurant, waiting for its first customers of the night. They all convey a different kind of silence, but in the end, I of course went with a little toy lamb. Why? I have no freaking idea . 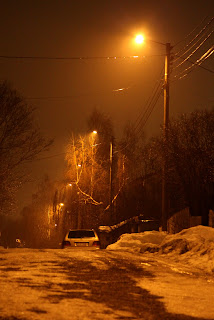 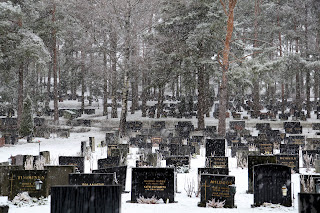 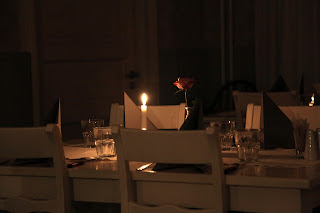 For "From An Ant's Perspective" I went with a shot of an orchid, but at the time I was choosing between two shots. This one, the reject, I wanted to post today just because those freaky petals kind of look like an ant's antennae. 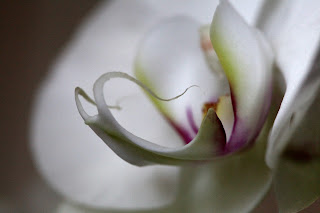 This glass of water was an option for "Mirror," I liked how the light was reflected through the water and the glass, but at the time opted to go for a more literal interpretation of the theme. 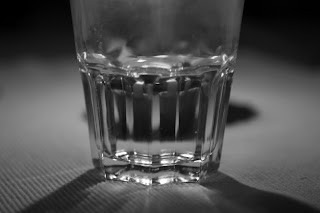 For "Something I Hate" I went with snow. Takatalvi, to be more specific. The next photo is also a take on snow. It's a photo of the speedometer in our car. We're doing just about 80 km/h on dry, bare roads when we could be doing 100 km/h. Why? Because of the winter. Most of the snow was gone at that point, but we still hadn't gone back to summer time speed limits, and the drive to M's parents' place seemed longer than ever before. 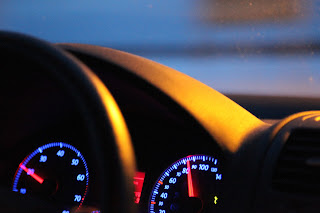 The next photo was taked at Kakola prison in Turku. Had I not gone with the man on the bus stop for "Waiting," I'd have gone with this photo, because I am fairly sure waiting is what most of the men inside those walls are doing. Every day, all day long. 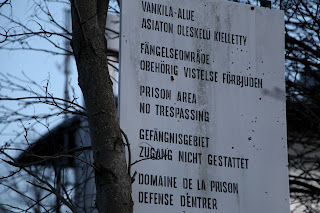 The next two photos were taked for "Wood" and "Time" respectively. The wooden chair lives with my sister, and the old telephone lives at the mom and dad's. 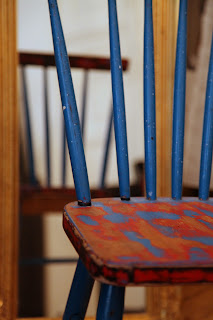 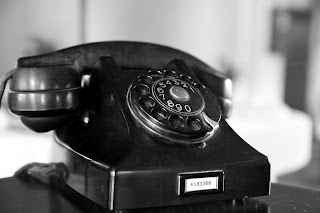 The next photo was taken at a gig where my brother's band was playing. This is not my brother, this is their guitar player. I considered this photo for "Fire," because it sort of looks like he's on fire, doesn't it? 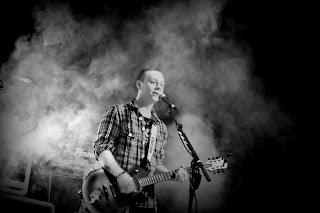 The next two photos are from my "White" collection. Lovely, beautiful snow... 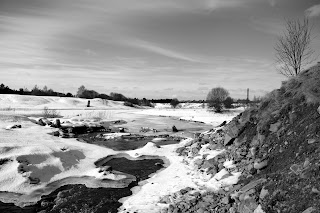 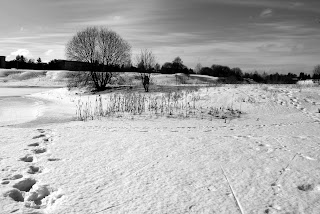 The next photo is a portrait of my very good friend, Dani. I have many photos of Dani with perfect lighting, perfect composition and picture-perfect smiles. But I like this one the most, even with the shadows and the slight blurriness, because the look on her face is just wonderful. 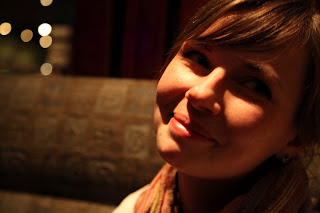 This photo I considered for crowd, I know it's just a pair of legs, but I promise, there were plenty more people there. 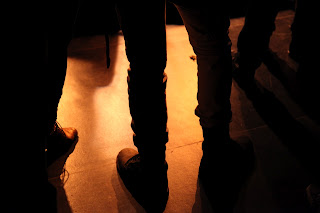 I took many photos of my sister, this is another one I considered for "Nude," but in the end went with the one where you could see her face because it was just more intimate. Plus, she's beautiful. 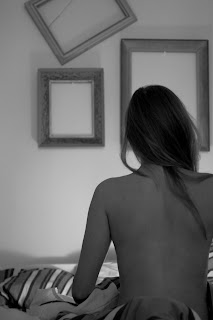 And last, in this long, long list of outtakes, is my cat. Because no meme is complete without a photo of a cat. 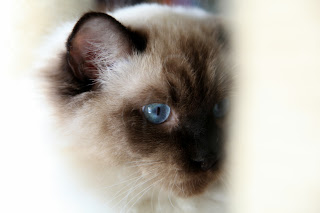 30 Days of Photographs II: The Outtakes